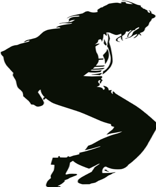 OK, a couple of items to start with. First, should I ever lose my mind and run for elective office, here’s some “oppo” research that I am just handing to you. My mother, who was not what you would call racially sensitive, taught me the following nursery rhyme when I was about three: “Eeney, meeny, miney, moe. Catch a N—– by the toe. If he hollers, let him go. Eeney, meeny, miney moe.” I happened to repeat the nursery rhyme to my grandmother (my mother’s mom). She was appalled and told me never to say the N-word again. I never repeated the transgression, though it did happen that one time.

Second, two years before Ralph Northam put “a little” shoe polish on his face to portray Michael Jackson and do the moonwalk, I dressed up as a woman for Halloween. People there thought it was hilarious. One drunk partier even tried to pick me up until I told him that if he moved his hand any further up my thigh, he would receive a surprise that he would never forget. If I could go back in time to that party, would I have again dressed up as a woman? No. Times have changed and so has my perspective about how such portrayals could be hurtful.

I was thinking about that when watching the press conference on Saturday when Ralph Northam denied having dressed in blackface or donned Klan garb in for a picture in his yearbook picture, but then admitted to the dance contest incident. I was wondering how the people around him at the dance contest reacted. Were they appalled? Or were they like the people at the Halloween party that I was at who thought I had a funny costume?

Don’t get me wrong. I am not excusing what Northam admitted to doing. Dressing in blackface, whether for a yearbook picture or as part of a dance contest, is unbelievably stupid and incredibly offensive. It was stupid and offensive in 1984, and probably even more so today. I also don’t think Northam will be able to serve as an effective governor of Virginia. As to whether he must resign, I am less sure. If Northam had a history of dressing in Klan outfits or using blackface, then I am more inclined to think he should resign. If it was one incident in 1984, well, I rarely agree with the National Review’s Rich Lowry, but one misstep 35 years in the past should not define a whole life and career.

Following Northam’s Saturday press conference, there were universal calls for him to step down. Those calls were based on well-reasoned arguments about political viability. Since Saturday, however, the calls for Northam’s resignation are now being accompanied with a number of personal attacks amounting to character assassination. For example, several commentators, including Chuck Todd, suggested that because Northam knew that shoe polish was hard to get off your skin MUST MEAN that he had been in blackface before. I have used black shoe polish to polish shoes in the past, and know that shoe polish is hard to get off your skin – and I have never been in blackface.

Forbes contributor James H. Carr wrote Monday “The fact that it took Northam overnight to conclude that the photo was not him strong suggests that he had dressed in blackface on other occasions, and, most likely, had been in the presence of people dressed as Ku Klux Clowns.” (emphasis mine). Perhaps Carr is right. But, maybe it suggests that Northam was caught in a no-win bind. It’s late afternoon on Friday, and in retaliation for Northam’s comments on an abortion bill earlier in the week, a right wing publication releases a picture from his yearbook page is to the public showing a person dressed in blackface and a person dressed in KKK garb. The media are impatiently waiting for a response, and Northam is getting calls and suggestions about what to do from all sides. Consider also that if Northam takes the time to make sure about what the facts are and how to navigate this explosive situation, he will take a beating from the press and critics. Time is running out and Northam has to say something. Tick tock, tick tock.

In another example, Mark A. Thompson, host of “Make It Plain,” claimed Monday morning on MSNBC that Northam was not stepping down because he was too racist to allow a black man (Lt. Gov. Justin Fairfax) take his place. Thompson does not explain what in Northam’s history would indicate that he is such a racist. Similarly, April Ryan at CNN labeled Northam as “delusional” and a “recovering racist.” Both Thompson and Ryan are very accomplished individuals, but I am not sure reading minds to determine how racist a person are among their talents.

Critics have also distorted the impact on the Democratic Party if Northam fails to step down. My colleague, Jason Johnson, stated on MSNBC that if Northam stays, Democrats fear it will hurt the party in 2020. It’s hard to take that statement as anything more than merely pressuring Northam to resign. First, whether Northam resigns or not, the GOP will attempt to use the controversy for political advantage. Second, to date, only one Democrat, former Congressman Jerry Moran, has hesitated in calling for Northam’s resignation. Every single Democrat who has made a public statement has called for Northam’s resignation and indicated that they would distance themselves from him. It would be difficult in 2020 to politically hurt candidates who have aggressively disassociated themselves from Northam.

Finally, there are those, such as Charlottesville city councilor, Wes Bellamy, who suggested on CNN that the only way for Northam to “redeem” himself is by resigning. If Northam did not step down, Bellamy claimed, then his opportunity to be given a second chance by the public would be lost. Beyond a form of emotional blackmail, Bellamy’s comments appear to forget that a certain presidential candidate who indicated a preference for grabbing women’s genitalia – and for whom many in his party called for him to end his candidacy — is currently occupying the Oval Office.

Look, did Ralph Northam handle the communication about this controversy badly? Yes. In fact, I am sure it will be a future published case study of what not to do in a crisis. Might Ralph Northam be a lying, racist sociopath? Anything is possible. But, we all know that character assassination involves the deliberate exaggeration or manipulation of facts to present an untrue picture of the person whose character is being targeted. In my opinion, the media coverage of this episode has jumped the shark from reporting the news to engaging in the character assassination of Ralph Northam.