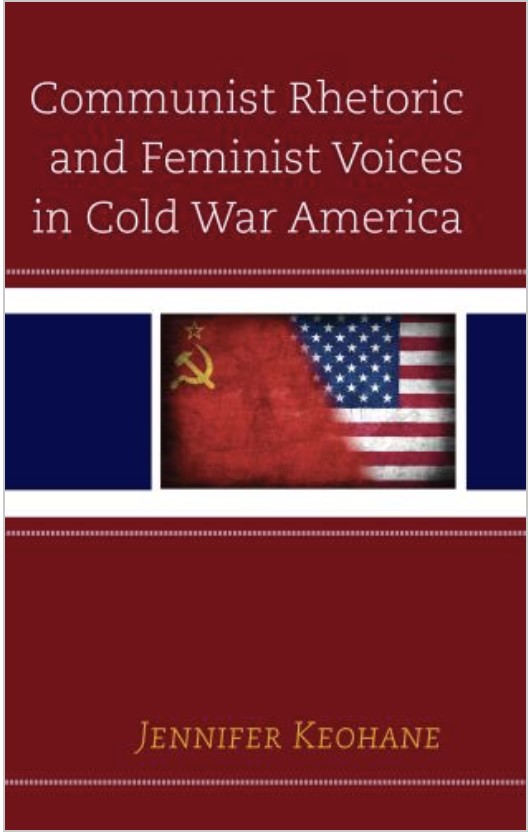 I want to use this post to share a bit of exciting news. I have a new monograph, released with Lexington Books, an imprint of Rowman and Littlefield. The book is available now on the Rowman website or Amazon. This project is the culmination of 6 years of archival research at the Wisconsin Historical Society and the Tamiment Library at New York University. In it, I explore the rhetoric of women affiliated with the American Communist Party or CPUSA during the early Cold War. I argue that their speeches, pamphlets, newspaper articles and activism sustained feminist advocacy during a conservative time period.

One of the book’s central claims is that the words of these intrepid women have largely been overlooked by scholars. There are several reasons for this, but one that is relevant for people who study character assassination is the long shadow of McCarthyism in the United States. I won’t rehearse the history of McCarthy’s red-baiting campaign here—you’ll get to read more about that in an essay I wrote for the forthcoming Routledge Handbook of Character Assassination and Reputation Management. But smearing activists as communists has been a common form of character assassination throughout U.S. history. Those accusations reached a fever pitch during the Cold War, unsurprisingly. Of course, the women whose words I study in my new book were actually affiliated with the Communist Party, so these smears would have been, strictly speaking, true.

So what can we learn from the cases in this book? I’ll point out a few things for now, and hope that those who get the chance to read this book can contribute to the conversation in the future.

Certainly, there is much that scholars can learn from one of the most infamous eras in the twentieth century. Character assassination, especially backed by the state, thrives in moments when free speech is curtailed and such an atmosphere stagnates social progress and democratic collective action.

One thought on “New Book Announcement”