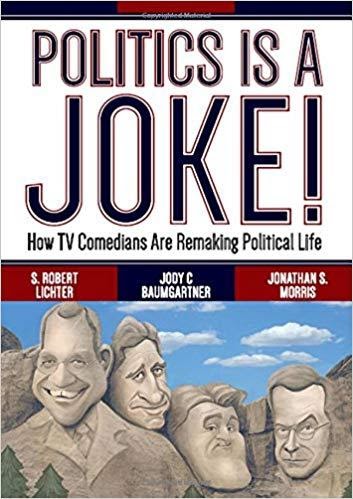 Does late night political humor matter? Are late-night comedians merely entertaining, or do they have the power to influence the way we think about politics and politicians? Politics Is a Joke! situates late night comedy in the historical context of political humor and demonstrates how the public turn to this venue for political information, and are in turn affected by it.

Using exclusive data collected by the Center for Media and Public Affairs, the authors conduct a detailed and exhaustive analysis of political jokes on late night TV shows dating back to 1992 in order to pinpoint the main targets and themes of late-night comedy. Politics Is a Joke! uses a wide range of examples, from jokes about politicians’ physical appearance and sex scandals to jokes about Congress and even the news media, to assess and understand the impact of political humor on political institutions, politicians and their policies and behavior.

Engagingly written with analysis of jokes from comedians like Jay Leno, Conan O’Brien, Jon Stewart and Stephen Colbert, Politics is a Joke! is essential reading for anyone who wants to understand the crucial role late night comedy plays in our political universe – and anyone who enjoys a good laugh.